AndrewB reveals the gentler side of Audax as he does some white-horse whispering during the 21st running of the Midnight Century. Fittingly 21 riders attended the 100 mile ride from Midnight to Breakfast. Threatened by thunderstorms that never arrived, the weather was nicely organised by Rodney and his team of vollies.

The quote: “Today I did my first ride with AUDAX, 160km starting at midnight. I was chased by a ferocious dog, hit in the helmet by a magpie, ate heaps of food and met some awesome people. I’m a tad sore and let’s not talk chaffing. I’ll come back.” – Annette Ferguson

The pics:
Wivenhoe dam in the pre-dawn murk.

On the previous Saturday (21/11/15) the Freedom Ride 300 was held in oppressive heat & humidity. Passing through Ipswich (39oC) the on-road temperature experienced by AndrewB, BrianH, ChristianW, MarkR, RogerH was much higher from the readings on the Garmins. Christian and Brian cruising into Somerset:

The measured pace worked, but a higher tempo by the terrible twins AndrewB & RogerH, saw them pulling the pin at Somerset. Conditions only improved after a leisurely picnic at Kilcoy. A bonus was that the slow pace resulted in much lighter traffic in the run back to Brisbane.

Do we have to keep hearing from people banging on about PBP?? yes we do – at least for another 4 years. There are 5000 different stories out there, but this one is differenter. At the pointy end of PBP the riders are supported. The supporters grab your bike, check everything, replenish water, air, food, batteries, etc as the rider jumps off at a control, runs in to get their brevet stamped, and runs out to be back on the bike. Except for Björn Lenhard, who rode unsupported and won (- I know, it’s not a race – he finished before anyone else) – in 42 hr 26 min. He filled his own water bottles, bought his own baguettes, and spent most of his time trying to catch up with the pack that passed him at the previous control, until he made a 600 km breakaway.

His original ride report was in German, but soon appeared in translation on the yacf.co.uk forum; from which I have cut & pasted the following for your reading pleasure.

Audax Queensland is a valued partner of the Cycling Brisbane program.
– So says the Brisbane City Council, and they have written to us about it, thanking us for our help in winning an award. Nice going everyone! 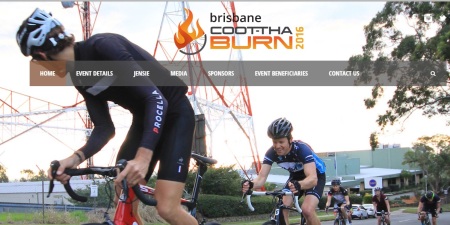 Bedrock 200: This Audax favorite takes you over Nebo, Glorious, Clear Mt, before a flat drag home. No two Bedrock rides are ever the same. Details below.

Inland Indulgence: If you are looking for a ride with a higher female/male ratio, this is the one. Brave the suburban ghettos of Brookfield and Pullenvale and scenic Ipswich. Note the Sunday start. Details below.

Indulge yourself in a scenic inland ride through the rolling hills of Brookfield and Moggill to Ipswich. Return on flatter terrain through Wacol and the Centenary suburbs.

A scenic ride going over Mt Mee and Peachester followed by a loop around the Redcliffe Peninsular.

Ride all 11 bike permitted bridges across the Brisbane River. This ride follows along the river with a couple of small climbs. A great way to shake off the 2015 cobwebs, complete with a 2 visits to the same checkpoint at a shady spot near the Uni. This ride is supported.

A semi supported ride on relatively quiet roads starting at Lowood and roving around the Brisbane and Lockyer Valleys. Enjoy a break at Ma Ma Creek store before rolling into Mulgowie for a supported lunch stop.

This entry was posted in Audax, Audax Queensland, AudaxQld. Bookmark the permalink.