Rodney Clarke, Liz Hepple, Simon Faber, Peter Jenkins, Peter Watson, Rosie Godwin started, four finished. And Liz helped herself to the Queen Mary Falls climb QOM. The end of the Audax year is ending on a high, with lots of rides with lots of climbing:

With some of the best scenery and quiet roads. 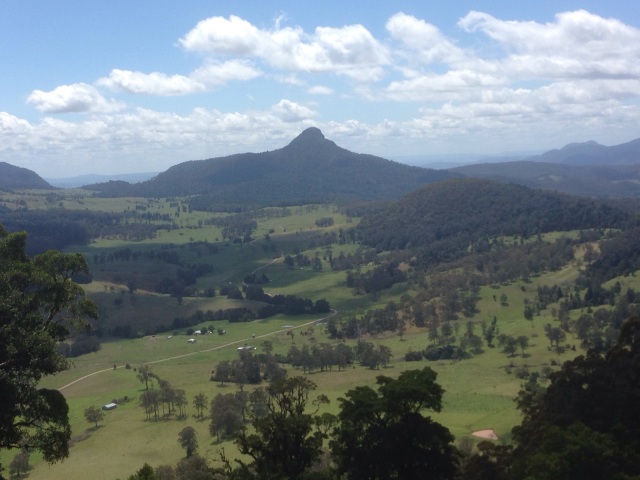 Ride report from Rodney below.

However… the magic did finally arrive when Chris pulled up with a mechanical and opted for a phone up exit plan. I immediately put my hand up, with a “Me too, please: engine exploded”.

I think for me a line in the sand has been drawn. Life is too short to fuck around, you’ve got to try and cross it, or recalibrate. Whatever your goal is, isn’t that what Audax is all about?

South of the Border: from Rodney Clarke

The New Year is Upon Us

The Audax New Year starts November 1st. Time for the goals to be planned. Resolutions to be made. Membership fees to be paid.

This year Pat Lehane, Brian Hornby, Gayle Sticher and Peter Watson all achieved Year Round Randonneur (YRR) awards: Riding a 200 km or more Audax ride each month of the season.

You know you want to do it, and in answer to your next question: November has only a single 200k ride: PJ’s BPB on Saturday Nov 12th 2016. That’s the tricky one to get locked in, the rest of the year is easy. Especially December where Rod Staines is attempting to qualify for the TransOZ. In the absence of an available 1200km ride, there are 300k Qld rides on December 10th (PeachyMee), 11th (Round the Mountains), 12th (back Round the Mountains), 13th (Ma Ma Madness) as well as on the 17th (Yeronga Medley; with 100/200/400/600 options).
If you do all those (especially the Yeronga Medley 600 on the 17th) you’ll be ready for the Audax Queensland End of Year Party on the 18th December at the Anthony’s Yeronga Medley finish line. Arrive in style after a 40 hr ride.

There is also a new Petit Year Round Randonneur (PYRR) which is sweeping the Audax world by storm. At least 50 km every month with a total of 1200 over the season, from 12 rides done in different months. There are lots of options every month next season. Including a 50 km BA River Loop ride on the first Tuesday of every month. Both YRR and PYRR also allow permanents. So if you are stuck at the end of the month, a quick River Loop permanent will keep you in the PYRR game. So it’s “in the bag” for everyone.
The FaceAche page here:

One award which isn’t “in the bag” yet it is the big one: the Martin Pearson award. For the greatest number of kilometers on Audax rides by a Queensland member during the year. Brian Hornby and Peter Watson are currently battling it out. 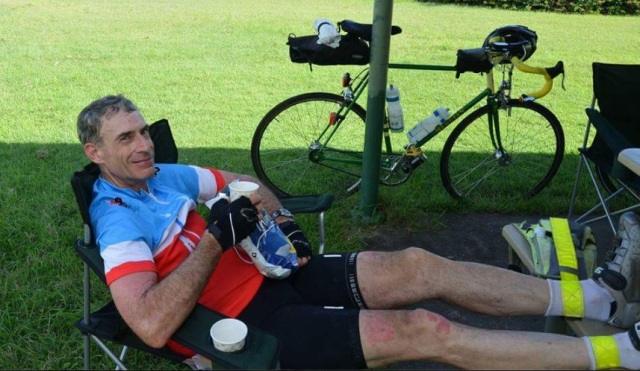 If anyone’s counting, this is the 26th newsletter in the current format, which means it has now been going for one year. Time to roll out the statistics. (Since we’ve started using the wordpress website to store Newsletters we can analyse what people read.)

The analysis: Most people click on the Ride Reports. That’s right, even with all that internet click-bait – most of the clicks are to look at the Ride Reports. And why wouldn’t you? It doesn’t matter how you write or what you write, there are details of interest in every ride report … for the bike-obsessed sad cases like our readers.

So I’d like to thank all the contributors. There hasn’t been a single month without at least one ride report. Peaking at six Ride Reports in July! (Arguably the optimum cycling month for Queensland) This is what people want. This years stats:

There is an Audax Ride every Tuesday. Meet on bike way opposite the Regatta, Toowong at 5:30 am.
On the first Tuesday of every month this will be a 50/100 km BA Audax ride! See the on-line calendar to register. On other Tuesdays, just turn up. Here what it was like today:

Today’s Secret Pro is safe with his Ned Kelly helmet on. But can you identify him from his imposing musculature?

Email answers to: audaxqld@gmail.com. The winner is drawn randomly from all correct answers sent in before next newsletter.

While RO Brian is away in NZ; Peter Watson has been deputised to run this ride.
A PeachyMee with a bit of Maleny thrown in.

For both the above rides use the on-line registration below.

The last ride of the “year”.

A scenic ride including Mt Mee, Maleny and the Redcliffe Peninsular.

A scenic 200km meander around the back roads of the Tablelands (Watsonville, Malanda and Yungaburra). 100km option finds all the coffee shops, and less of the hills. Or a 75km ride taking in the Rail Trail and the farming roads of the Tolga/Kairi area.

Scenic Ride out and Over the Bunya Mountains before returning back to Crows Nest.

From Rosewood over the Grandchester Range past Mulgowie and Thornton, then return.