A new ride, Bald Knob Rd going up, Errol supporting: It was a ride to check out. Coolish at the beginning. But the coast moderated temperatures… A bit.

Yeah, it was even better than it looks.
Here demolishing the food on offer at Mary Cairnscross Park: 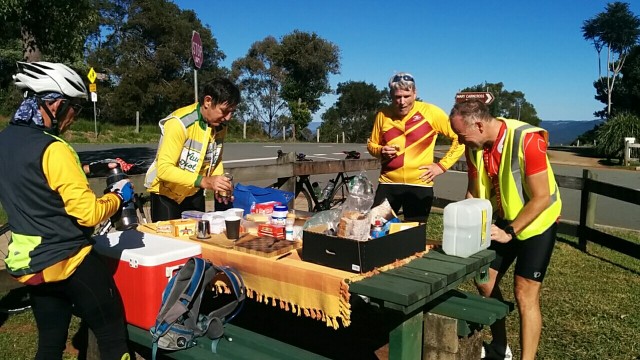 Then back down to Noosaville: 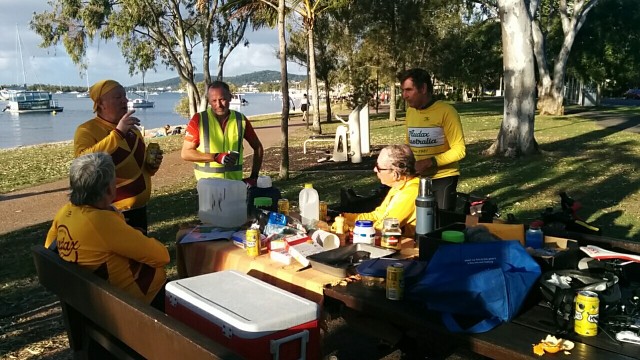 Yep, I think this one is a keeper. Ride report below.

There are always Audax riders every Tuesday doing a River Loop starting from Toowong. We pride ourselves on how slowly a RL can be done. Not sure why only 3 appear in the pic above. Usually there are 6-8 people riding.

I don’t believe this had any takers, but please correct me if I’m wrong. RO Andrew Bragg is making his come-back after a bicycle-car interaction. This is one to penciled in for next year.

This time it was because the appointed judge decided that the two weeks allocated for the trial might not have been long enough as he is leaving for a 5 week European holiday at the end of the trial. Yes – this could have anticipated and dealt with before the expense of starting the trial. And yes – you tax-payers are paying for this. 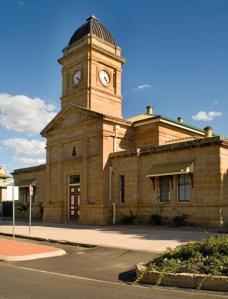 In the last newsletter the Secret Pro was: Ronald Reagan.

I was surprised I didn’t get Jacques Tati from the pipe.

Today’s Secret Pro is on holiday!

A ride on some of Frank’s favourite roads in Northern NSW. Frank unfortunately passed away as a result of an accident he had while riding in this area. The scenery and terrain here, is exactly what he liked to ride.

Take a gamble on the Goat Track: an easy and traffic free way up Mt Glorious. A gentle descent over the back leads to a flat return via Fernvale, Rosewood and Mutdapilly. There are small sections of dirt road well-suited for road bikes. Ride Documentation.

Definitely one for audacious riders, this route is very isolated with only one service station along a 240km stretch of the Marlborough-Sarina Rd. Undulating all the way but only one significant climb. We head back via the same route with a tailwind.

Cool down after the SK600 with a gentle ride on quiet roads to the petrol station caravan park in the middle of nowhere, Lotus Creek. Hot food, cold drinks and a shower if you fancy before riding back to the big smoke.

The Cheap 3 Peaks Challenge, is a spectacular ride taking in scenic climbs north of the river. Mt Me, Mt Glorious and Mt Coot-tha. With plenty of hills in between. A tough ride, unsupported with a 2 peak 200 km or 3 peak 300 km challenge.